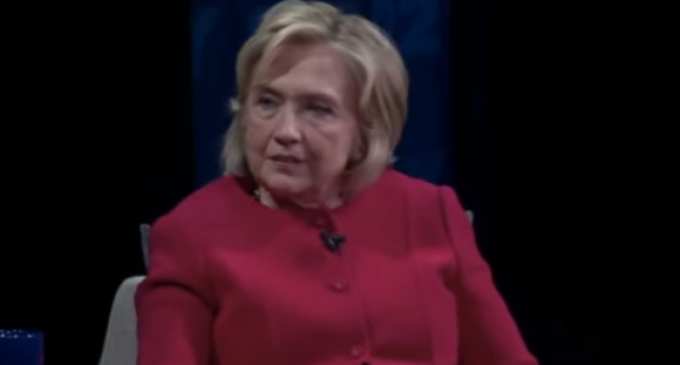 “No,” Clinton replied. “I’d like to be president,” Hillary said after being pressed by Swisher.

“I think, hopefully, when we have a Democrat in the Oval Office in January of 2021, there’s going to be so much work to be done.”

“They have no idea what the United States stands for, what we’re likely to do, what we think is important, so the work would be work that I feel very well prepared for having been at the Senate for eight years, having been a diplomat in the state department, and it’s just going to be a lot of heavy lifting.”

Turn the page for the interview clip.