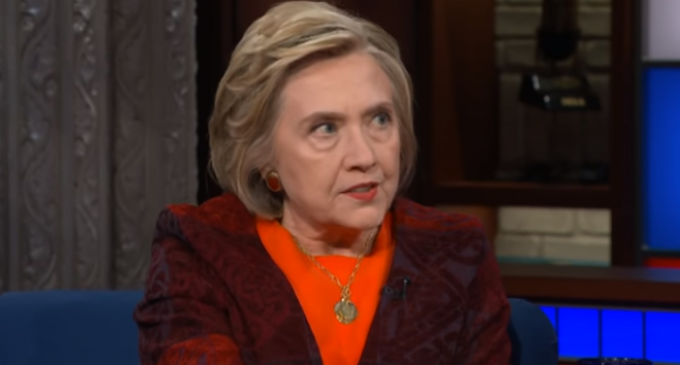 Hillary was on the show to promote the paperback release of her book What Happened. Colbert began with the question: “Do you think the nomination process in general is irreparably damaged following the Republicans not allowing Merrick Garland to be heard?”

“Well, it’s one of the reasons I think a lot of Americans are just fed up with the political process,” Clinton replied. “Because in a democracy, you have to have at least enough trust to be able to work with each other and try to solve difficult problems. When the Republicans refused to give a distinguished judge, appointed by President Obama, even the courtesy of meetings let alone a hearing, that sent such a terrible message.”