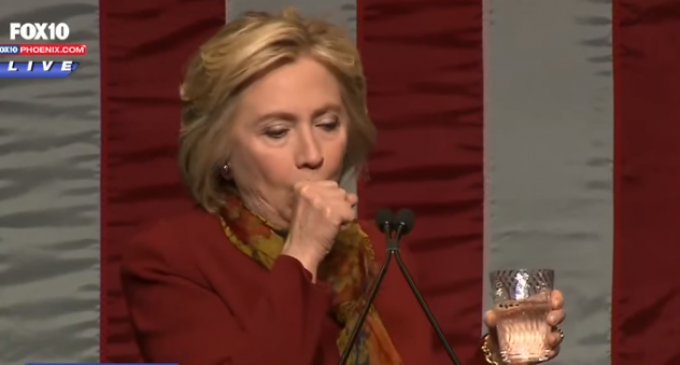 Hillary Clinton has taken heat from all sides for her shifting positions on Obama, guns, and universal healthcare. One day, she holds a position on these issues, and the next she switches sides and calls Bernie Sanders an unelectable socialist because of the views she held yesterday.

Now, bigger questions are being raised about Hillary Clinton. Is she even healthy enough to withstand the rigors of the presidency, and can she make it through her first term as one of the oldest presidents ever elected?

These concerns come not only from her advanced age and her severe concussion, but from recent fits of uncontrollable coughing.

While the coughing may not be extremely alarming in itself, when paired with her other well-documented health concerns, the prospect of Hillary not being fit enough for the presidency may be a legitimate question.

See videos that further prove this point on the next page: