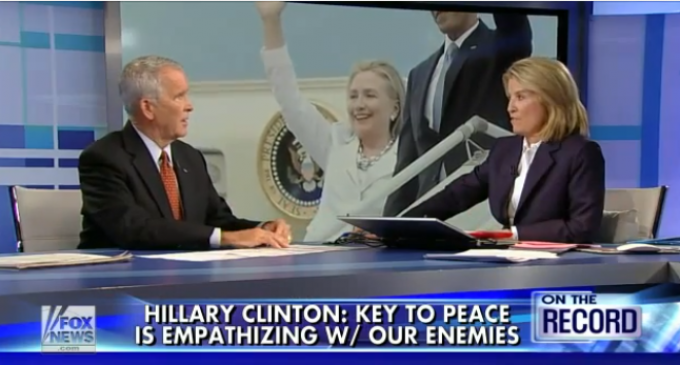 At a recent foreign policy conference, Hillary Clinton stated that in order to create peace in the world we should just 'empathize' with our enemies, which, of course, includes terrorists.

So…Muslim jihadists that have had burned into their chromosomes with generations of fervor the belief that Allah wants them to seek out and kill in graphic beheadings anyone of any age that doesn't believe in their faith…well…they just need a hug?