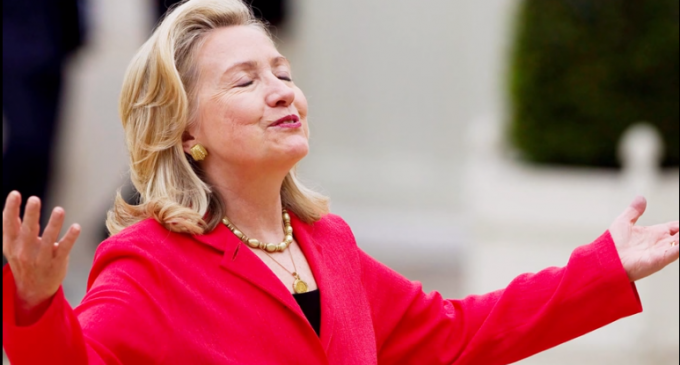 Hillary Clinton finally won something this week — after years of failure and disappointment.

The scale of Hillary Clinton's failures really can't be overstated. From the moment her husband became president, Mrs. Clinton began grooming herself for the presidency. She spearheaded major liberal legislation, made connections on the Hill, and even managed to win herself a Senate seat.

But when the time came to finally run for president, everything fell apart. In 2008, her nomination was considered an inevitability by most — until she got upset by a little-known junior senator from Illinois. So she took the secretary of state position instead, bolstering her resume even further.

Eight years later, she failed again, losing the general election to Donald Trump — a man who never ran a political campaign in his life.

This week, Clinton finally brought home a win — just not the one she was hoping for. Unsurprisingly, it comes in the form of an award presented by Planned Parenthood.

Read about CLinton's newest “achievement” on the next page: