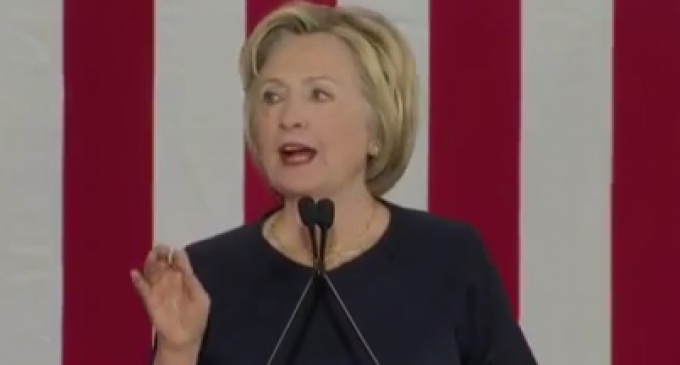 Hillary Clinton has a bright idea for how to keep assault weapons out of the hands of murderers like Orlando shooting perpetrator Omar Mateen: make it illegal to own them.

The former Secretary of State offered her solution (if you can call it that) in an interview on CNN, giving a major hint as to what kind of policy a Clinton administration would pursue in relation to guns. Needless to say, it’s disturbing to anyone who values their Second Amendment rights.

Noting that assault weapons were indeed prohibited for a period of ten years from 1994 to 2004, Clinton lamented that the ban was lifted and said she “think[s] it should be reinstated.” She didn’t explain, however, how exactly such a ban would have prevented a radical Islamic terrorist intent on killing Americans from doing just that. For that matter, she didn’t even mention that there was no evidence to indicate that the previous ban did anything to reduce gun violence.