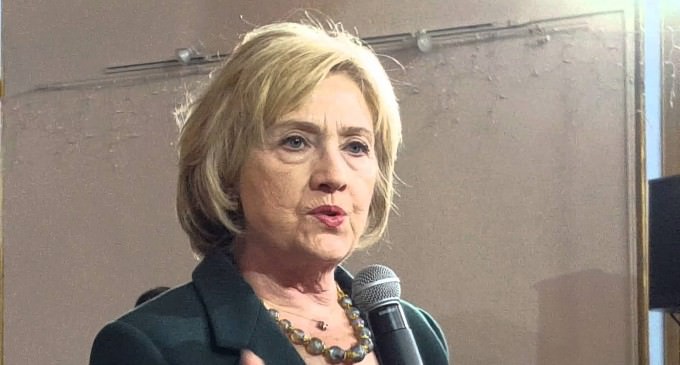 It appears that Hillary Clinton will be the Democrat nominee for president, despite her many illegal and unethical activities over the last few years. It is astonishing that Democrats are willing to overlook her many lapses, including a potential indictment for having ultra top secret emails on her private server that were accessible to Russian and Chinese hacking. The specter of the leading presidential candidate concurrently giving speeches to crowds of supporters and testimony in court is too delicious. But the fact that she is still a viable candidate is a sad commentary on her party and those who would vote for her.

Clinton is also a typical Democrat in that she supports big government growth, and she is wary of ordinary citizens, despite her preposterous claim of wanting to represent the common person. She admitted that she has not personally driven a car since the mid 90's when husband Bill was president, she currently will not allow the press to photograph her boarding a private jet as she travels to various campaigning venues, and she certainly is not interested in hearing about safety issues from those who would buy a gun for self-defense and protection of their families.

To left leaning politicians like Clinton, there is simply no need to have a gun, which makes sense if you have a well-armed security detail protecting you as she does. And although the public has clearly spoken, and in recent years state legislatures have voted in support of the right to bear arms, the Democrats and other leftists keep trying to limit or eliminate that right through various means. That includes Clinton, who as president would surely implement both open and nefarious means to take guns away from the common person she pretends to represent.