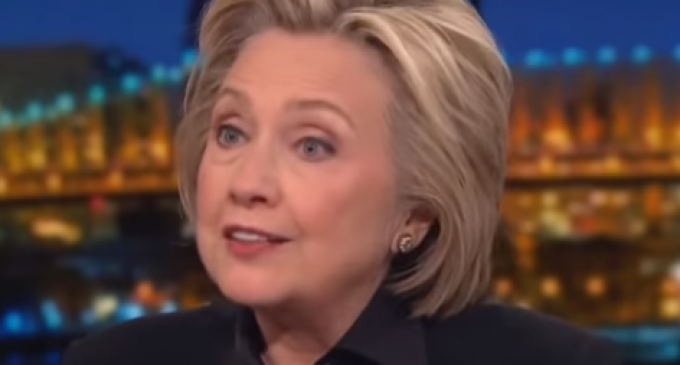 It seems that Hillary Rodham Clinton will never get over her election loss to Donald Trump. Her interview on The Rachel Maddow Show shows that the furthest away we get from November 2016 the more the twice-failed presidential candidate seems to lose grip. She has moved from blaming everyone but herself for the loss to calling on our enemies to interfere with the 2020 elections on behalf of the Democrats and to steal Trump's tax returns.

During the interview Hillary discussed the Mueller report revelation that Trump had asked former AG Jeff Sessions to begin a Department of Justice investigation into her, claiming that demonstrates she is “living rent-free” inside Trump’s head, and that “it’s not a very nice place to be.” Obviously, quite the opposite is true.

“Well, what I make of it is this as big a sign of a guilty conscience or a real fear that you could possibly have,” Clinton said. “I mean, I’m living rent-free inside of Donald Trump’s brain. It’s not a very nice place to be, I can tell you that. So I don’t know what they’re talking about.”

Check out the interview on the next page: