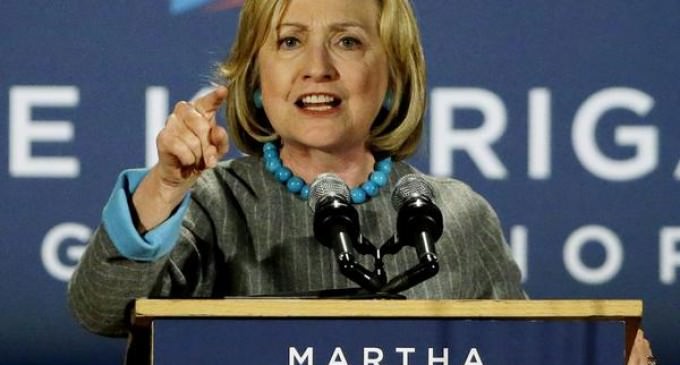 Somehow, Hillary Clinton wants you to believe that jobs aren’t created by businesses.

“Don’t let anybody tell you that it’s corporations and businesses that create jobs,” Clinton said during a Boston rally for Martha Coakley, who’s running for Massachusetts governor. “You know that old theory — trickle-down economics. That has been tried, that has failed. It has failed rather spectacularly.”