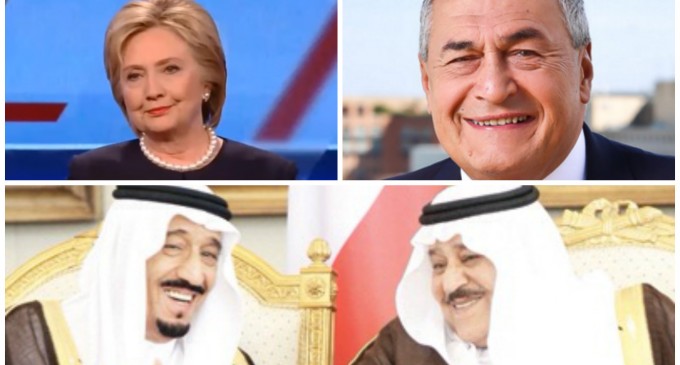 The brother of Hillary Clinton's presidential campaign chairman, Tony Podesta, is paid $140,000 a month by the Saudi Arabian government to “raise the country's visibility” in the Untied States, Brietbart recently reported.

This news comes just as its been revealed that the Obama administration may declassify many pages of the 9/11 report that many assume contains links between the September 11th terrorist attacks and Saudi Arabia.

Should those accusations prove correct, this money may very well be money well spent. The irreparable damage that could come from an American ally's connections to the nation's largest terrorist attack would no doubt be catastrophic for the image of the oil-rich nation.

Of course, leave it to someone with Clinton ties to try and protect Saudi Arabia from American rage. Lately, it's been the liberal way to protect Muslims from any type of public ridicule, even when they're linked to terror.

See Breitbart's report that further details Podesta's involvement on the next page: