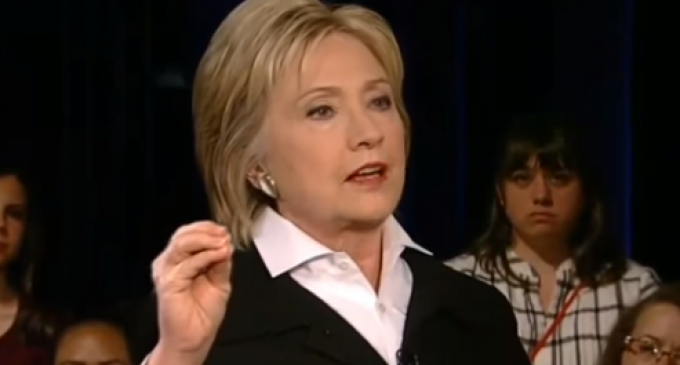 Now that she's all but secured the Democratic nomination, Hillary Clinton is trying to run away from her radical pro-abortion record, but there's no way she's going to be able to.

Confronted about her vocal support for abortion at a Fox News debate, moderator Bret Baier questioned Clinton about her stance on the case before the Supreme Court regarding the issue. Although she boasted about her unshakable support for a woman's right to “choose”, she seemed less proud of her stance when she was pushed on the issue.

Trying to gauge what exactly Clinton had in mind when she said the issue should be left to women to make, Baier asked if there were any possible exceptions in which she would oppose abortion. Taken aback by this, Clinton quickly explained that, of course, she was against late-term abortion and always was.

Watch video of Baier and Clinton's exchange on abortion on the next page: