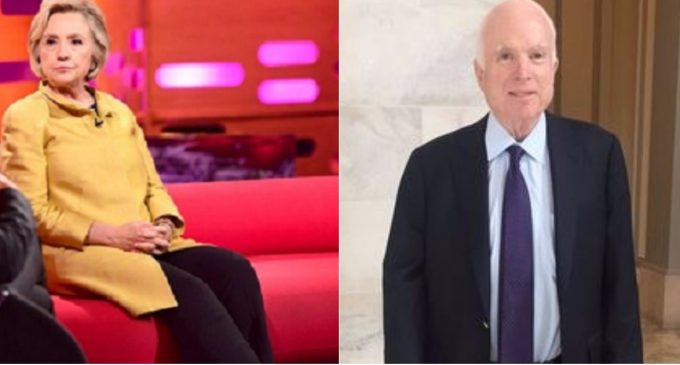 There is a delicious rumor circulating about Hillary Clinton and John McCain. I highly doubt this is anything beyond fervent political fan fiction. But, it is too peculiar and SO plausible, that it begs a closer analysis.

Attorney General Sessions is allegedly doing his job and not only going after the Swamp Goddess but Songbird McCain as well.

If these rumors are correct President Trump is 10 steps ahead of the game, and in due time we’ll have a jolly good treat on our hands. One almost wonders if they’re purposely delaying on sharing the news till the Holidays.

You recall how President Trump said he was going to make Christmas great again? Well, the second greatest gift of all might be just around the corner.

Head on over to the next page to learn about the mysterious things photographed hanging around Songbird McCain and Hillary Clinton’s ankles these days.