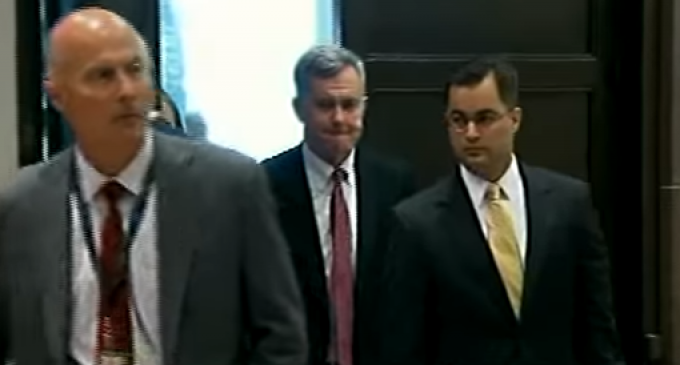 As the amount of evidence against Hillary Clinton mounts, the reasons and excuses given by her friends and aides are becoming flimsier and flimsier.

Indeed, it has reached the point where the former Secretary of State's confidantes are struggling to provide any justification at all for her handling of her emails. In case you think this is just hyperbole, consider the testimony – or lack thereof – of Bryan Pagliano, Hillary's 2008 campaign IT aide who managed to find himself a cozy spot in the State Department following her appointment to it.

Long sought by law enforcement for the invaluable information he possesses regarding Clinton's private email server, Pagliano and his lawyers attempted to stave off a deposition by hiding behind his immunity deal with the Justice Department. This trick only worked for so long, and before Pagliano knew it he was pleading the Fifth to federal investigators. So reluctant was he to divulge any information about Clinton's server that he invoked his right to remain silent at least 125 times, making one even more suspicious about what Pagliano feels he has to keep so quiet about.