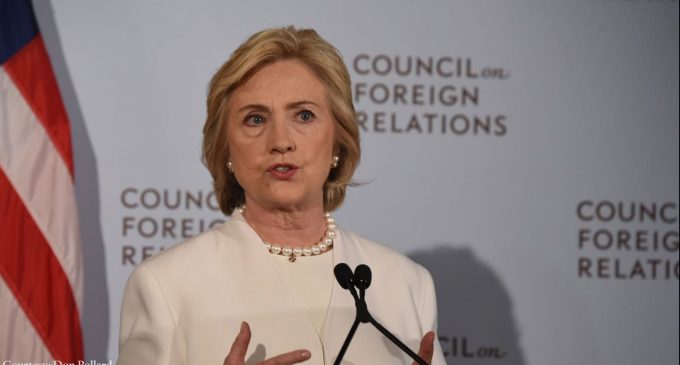 As we wade through the swamp infested by organizations promoting global government and the destruction of national sovereignty such as the United Nations, the EU, and the World Bank, we will sooner or later run into the Council on Foreign Relations.

Boasting a virtual “who's who” of globalists as members, the CFR wields a powerful influence in world affairs.  And if you don't already have enough reasons to reject Hillary Clinton as a candidate for president, her fealty before this group should do the trick.

Hillary virtually takes orders from the CFR, although that probably doesn't bother her since both she and the group are on the same page anyway.  And it should come as no surprise.  What was a bit surprising was her public admission of the influence the CFR had over US foreign policy during her tenure as secretary of state.

Listen to Hillary in her own words describe her relationship with the CFR on page two.