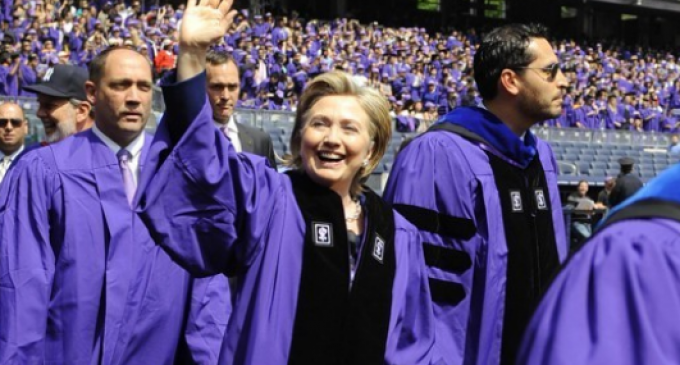 There may be something brewing on the horizon that is perhaps even more dangerous than the presidency of Barack Hussein Obama.  In fact, it may even be more dangerous in time than even the North Korean leader, Kim Jong-un.  There is no denying it, but Gandalf said it best when he was speaking to the Fellowship of the Ring in the Mines of Moria:  “Be on your guard.  There are older and fouler things than orcs in the deep places of the world.”

Of course, I’m speaking about Hillary Rodham (The Orc) Clinton who has spent nearly two generations scaring young children, advocating mass infanticide, proffering the drone strike murder of private citizens, saw fit to issue a stand-down order when the s**t hit the fan in Benghazi, broke federal and state laws in dealing with highly sensitive national security and classified documents over an unsecured private email server, ran a pay-for-play Ponzi scheme with her husband with the Clinton Family Crime Foundation, and…oh right, she wanted to be our president! Now she has a different plan in mind.

Read on the next page about a woman who is possibly going to follow the age-old saying, “Those who can, do; those who can’t, teach!”  Hillary is going to be a professor!