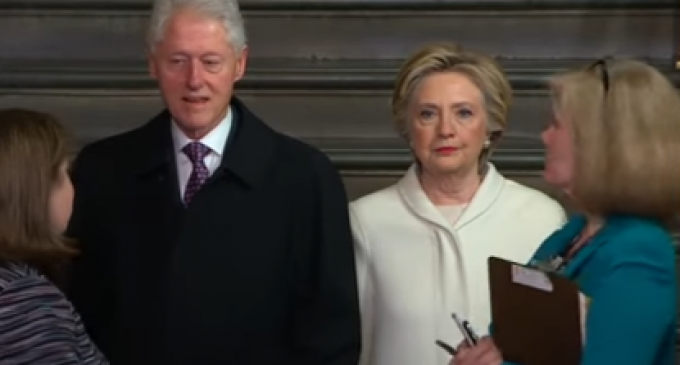 Bill and Hillary made it to Trump's inauguration. It's not like the world would have stopped had they stayed home. But before people start assigning any magnanimity on their part to their decision to attend, consider that it might well have been that they were caught between two lousy choices.

One option would be to show up and be miserable as they watched Trump take the oath of office to which they believed Hillary was entitled. That had to be excruciating. And it showed on their faces. The other choice would have been to skip the event and be referred to as sore losers, or worse. Given their jumbo-sized egos, that wasn't an appealing choice either. So they decided to show up and tough it out.

On the other hand, things could be worse for Hillary. More on page two.