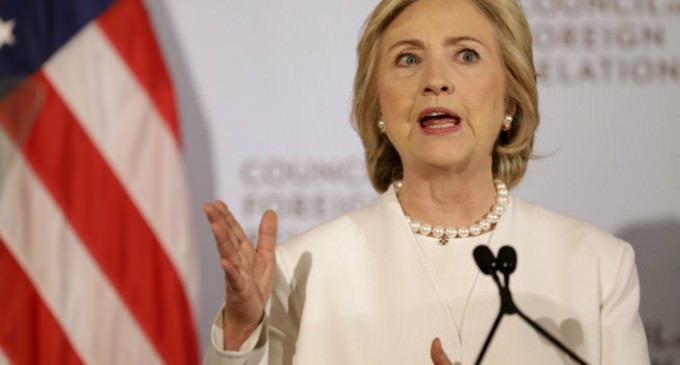 Hillary is delusional. How she can live in a world being destroyed by Islamic radicals and make the following statement, only demonstrates a disconnect from truth and reality.

For Hillary, it is the conservative American that is the enemy and not the blood-thirsty men and women of ISIS and Islamic infamy that is the danger to society.

She tweeted the following statement, “Let’s be clear: Islam is not our adversary. Muslims are peaceful and tolerant people and have nothing whatsoever to do with terrorism.”

Ironic, as recent news coming out of Mali is of an Islamic terrorist attack on a Radisson hotel where hostages are being held at this very moment.  These are the peaceful and tolerant people to which Hillary refers.  Perhaps their hate reflects the devious nature of Hillary's heart and she cannot see the difference.

The next page gives more detail of her lunacy on full display.  When the world is burning at the hands of Muslim extremists, Hillary foolishly claims that this is what peace and tolerance looks like.