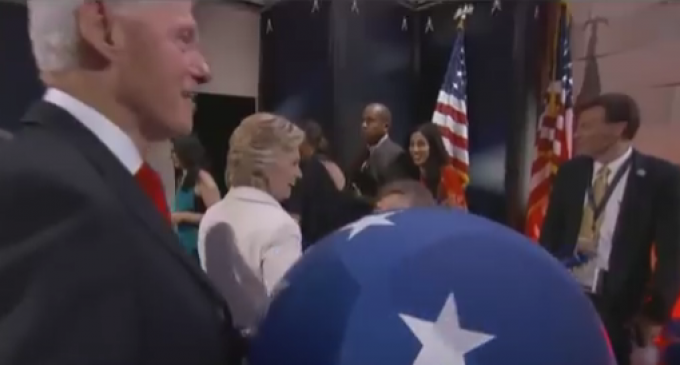 This week, the Democrats once again proved that, when compared to their counterparts on the right, they lack the patriotism or reverence of flag necessary to appeal to much of America.

For over a year, Hillary Clinton tried to shed her “moderate” image. Despite having once claimed that she was “guilty” of being “kind of a moderate,” Hillary campaigned hard to the left in an attempt to secure Bernie Sanders' supporters. Over and over again, she referred to herself as a “progressive,” the kind of politician that seems to think that the rest of the world ahs it right, and that America would be better off if we emulated countries like the ones in Europe.

At the Democratic National Convention, all of that suddenly changed. Now that Hillary has successfully vanquished her only opponent on the left, she's making a hard turn to the right in order to appeal to moderates and dissatisfied Republicans.

Of course, it was all a show. See the proof on the next page: