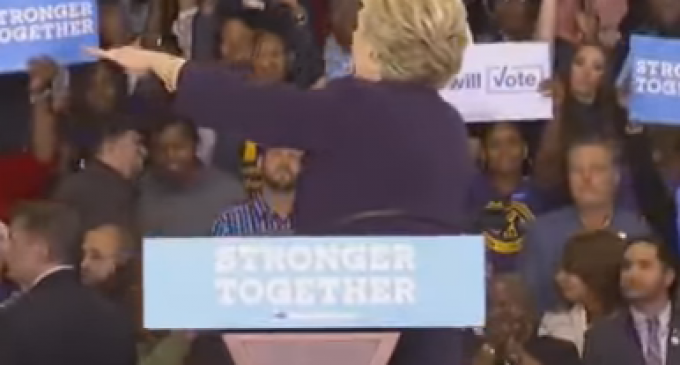 Hillary Clinton may be appalled by the Trump tapes, but she seems to think accusations of rape are hilarious.

Less than a year ago, Hillary Clinton tweeted that “Every survivor of sexual assault deserves to be heard, believed, and supported.” Unfortunately for Mrs. Clinton, she likely didn't foresee her husband's own alleged rape victims once again becoming an issue in her presidential campaign.

Despite her previous suggestion that all women should be “believed,” she's now dismissing the women who Bill Clinton allegedly raped before he became President of the United States.

But there are some people who have taken Hillary Clinton's advice, and have decided to believe the women who have come forward with their stories of sexual abuse.

When one man showed up at a campaign rally with a shirt that suggested that Mr. Clinton raped several women, Mrs. Clinton laughed for an extended period of time, then threatened the man with a crowd-sourced “intervention.”