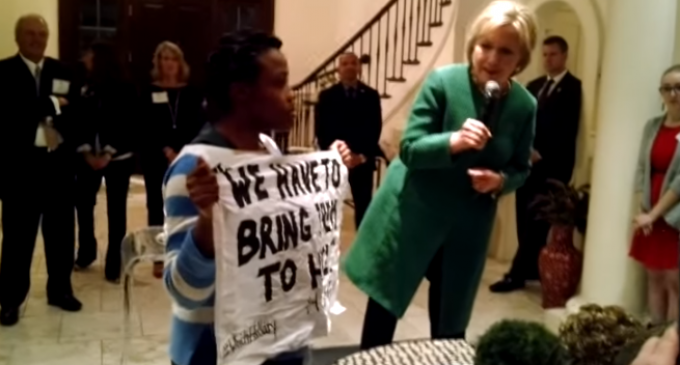 Hillary Clinton's road to the nomination is paved with her high levels of support from the minority community, according to mainstream pundits, but not everyone in the African-American community is taking well to Hillary's constant pandering.

While the Hillary Clinton her team has created for this election is a hip minority advocate, she hasn't always been that way.

Before her most recent transformation, Hillary Clinton once called the very minorities that she is relying on to hand her the nomination “superpredators,” that create crib with no conscience or sense of good.

Not everyone has forgotten, and especially not those wishing Black Lives Matter.

See what one BLM activist has to say about Hillary's comments on the next page: