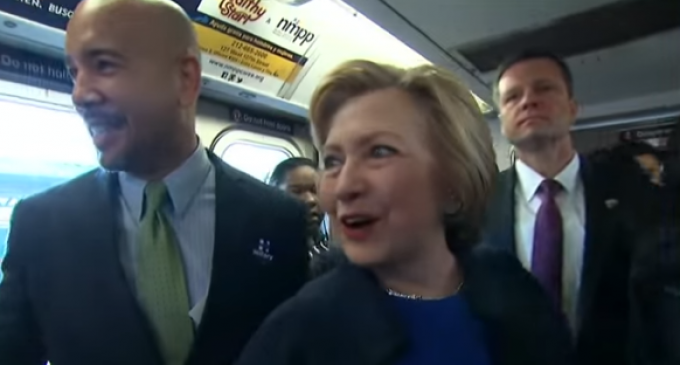 Hillary Clinton, in an attempt to be like the commoners, took the subway in New York.  Her lack of expertise at being common was first demonstrated in her inability to get her Metrocard to work at the turnstile.

Standing in the train, swathed on all sides with her protective detail, Hillary did not follow the MTA Rules of Conduct, which state that “the subway system is for transporting riders to their destinations”.  She used her train ride to campaign, which is against the rules.

Trump called her stunt “pandering”, with the media clustered around her, taking photos and video of her shaking hands with the little people and posing for pictures.

Check out the video on page two and decide for yourself if Hillary is breaking the MTA Rules of no campaigning on the train.