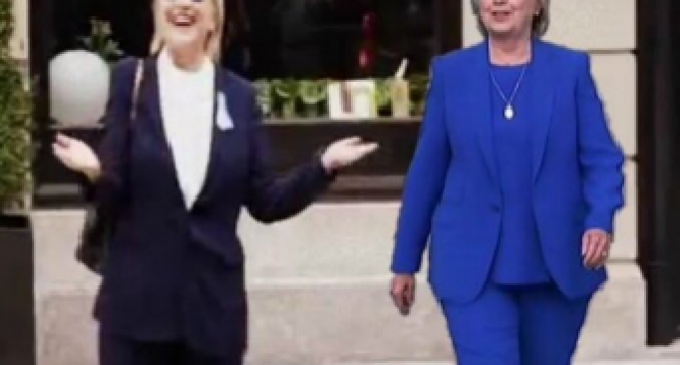 Just when you thought this election couldn't get any stranger, we're now confronted with theories exploring the possibility that Hillary might have one or more body doubles.  These would be impostors who can be trotted out for public viewing when the genuine article is out of of commission.  Sound impossible to believe?  Recall that these are the Clintons we're talking about — a pair who have honed the practice of deception and prevarication into an art form.

There's nothing new about political leaders having body doubles, typically for protection purposes during times of crisis when they might be in danger.  Churchill had them.  So did Saddam Hussein.  Does Hillary?

The latest theories regarding Hillary having a body double stem from her bizarre and rushed departure from the 9/11 memorial ceremony where she appeared to pass out with a piece of metal possibly dropping out of her pant leg.

So let's have a look to see what is fueling these speculations on the next page: