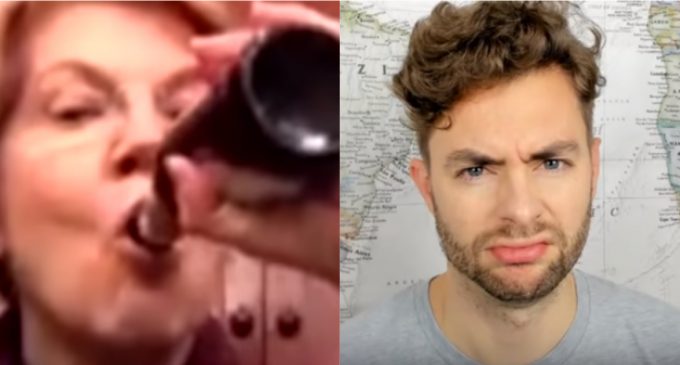 Paul Joseph Watson just released a great video entitled “Elizabeth Warren is not Human” that outlines the very creepy manner by which Elizabeth Warren attempts to appear relatable to the average American.

During an Instagram live transmission from her kitchen on New Year’s Eve, Warren began the broadcast by telling the audience, “Hold on a sec, I’m gonna get me a beer.” A wave of social-media mockery came down the pike for what her critics saw as a ham-handed attempt to convey down-home authenticity. For many on the Left, it was quite incongruous to see a multi-million-dollar Cambridge law professor ‘poppin’ a brewski.’ The awkward moment was compounded by her husband ‘suddenly showing up’ in her kitchen and her ‘thanking him for coming.’

Shortly afterward Warren announced her candidacy to run for president in the 2020 Democratic primary—the first major candidate to do so.

Turn the page to check out the hilarious takedown by Watson.