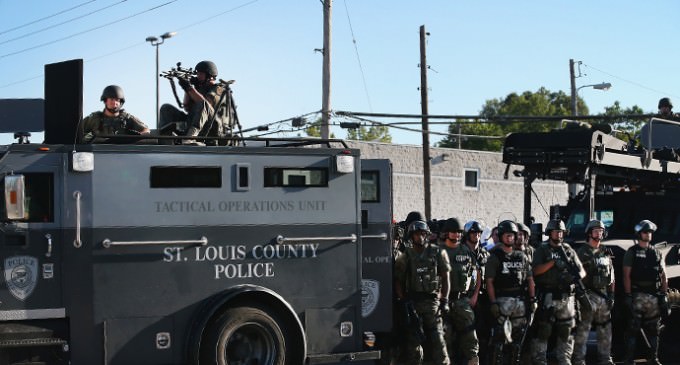 Missouri Gov. Jay Nixon announced today that he is relieving St. Louis County law enforcement from policing the ongoing protests in the town of Ferguson, Missouri, placing the Highway Patrol in charge instead.

“We’ve all been deeply troubled by this crisis,” Nixon said, adding that the current crisis unfolding in the state “is not what Missouri is about.” He stated that Ferguson looks “like a war zone” lately, and added, “We need to rebuilt the trust that’s been lost” in the wake of Brown’s death and the use of police force on demonstrators.

The highly militarized police used rubber bullets, pepper spray, tear gas and sonic weapons even on peaceful protesters. They also went so far as to rough up and arrested 2 reporters, shoot another with rubber bullets, gas yet other press and confiscate cameras.

Nixon added that the Highway Patrol’s involvement will not affect the responsibility of those involved in conducting investigations into the killing of Brown and the protests that have taken place since his death. He confirmed that the Department of Justice is conducting a parallel investigation.

Nixon also touched on the controversy surrounding police refusal to identify the officer involved in Brown's death. In response to a question at the press conference, Nixon said the official's name should be released as “expeditiously as possible.”

Previously, Rep Wm. Lacy Clay (D-Mo.) told Bloomberg News on Thursday morning that Gov. Jay Nixon, also a Democrat, had confirmed to him that county police will be pulled from their duties in Ferguson.

On Wednesday evening, protests in Ferguson for the fourth straight day appeared to resemble a war zone when militarized police began firing tear gas and non-lethal ammunition into the streets towards private residences. Two journalists, one from Washington Post and another from Huffington Post, were briefly detained while on assignment.

“The gov. just called me and he’s on his way to St. Louis now to announce he’s taking St. Louis County police out of the situation,” Rep. Clay told Derek Wallbank, a reporter for Bloomberg, early Thursday.

Earlier that afternoon, US President Barack Obama said during a press conference that he has spoken with Gov. Nixon and Attorney General Eric Holder, and had instructed federal officials to do everything they could to investigate Brown's death and keep the situation in Ferguson calm. According to NewsChannel 5, the Justice Department will also be spending special prosecutors to Ferguson to assist in the investigation. 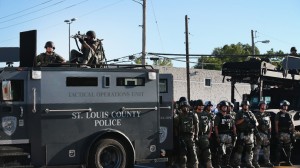