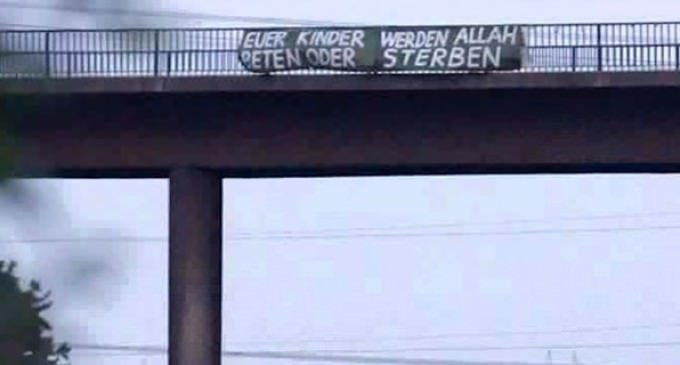 Chills were sent across Sindelfingen, Germany, after someone hoisted a banner reading “Your children will pray to Allah or die” onto an autobahn overpass.

Nobody claimed responsibility for the banner or it's message, and the German media at large has for whatever reason not expressed particular interest in the story. This is strange given the high level of concern in the country about the thousands of immigrants permitted to cross it's borders by Angela Merkel, with many believing that radical Muslims will take advantage of the government's open door policy to slip into Germany and attempt to force their religion on the rest of the nation.

See what the media decided to report on rather than the menacing banner: