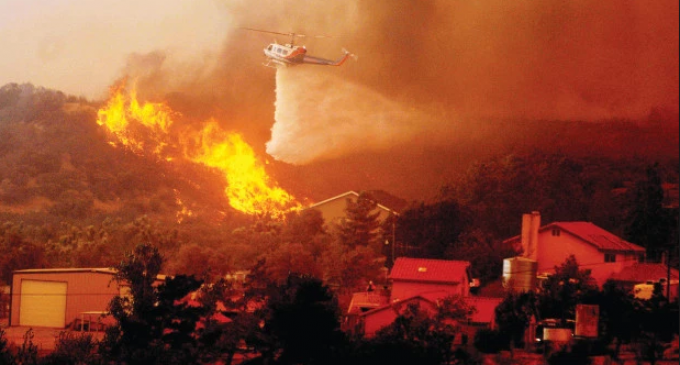 What would happen if eco-terrorists were to commit mass murders and natural disasters to publicize the non-existent dangers of global warming?

Michael Crichton brings up this idea in his New York Times bestselling book State of Fear. He theorized as to the possible impending future where eco-terrorists would go as far as to use energy weapons to faux propeller global warming hysteria on behalf of their globalist benefactors.

What might this “aggressive” action look like? We might already know. Highly decorated fire captain John Lord believes energy weapons were used to start the 16 CA major fires that began in the middle of the night in 3 different counties: Napa, Sonoma, and Mendocino.

Continue to the next page to hear this firefighter and Navy veteran give the inside scoop on what really started the fires.