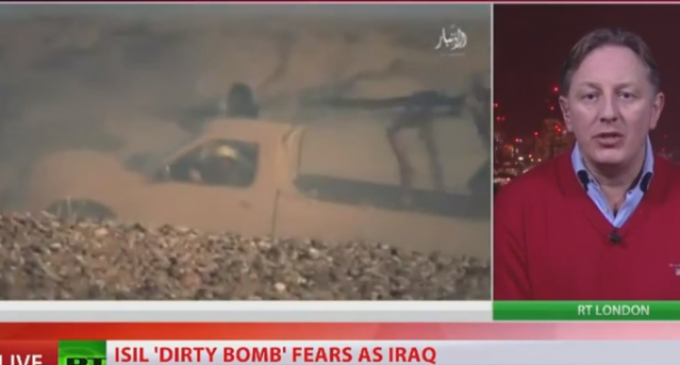 The world just got even more dangerous as Iraq is searching for stolen radioactive material, which vanished last year.   “We are afraid the radioactive element will fall into the hands of Daesh,” an unnamed senior security official said.

As if ISIS’s deviant interpretation of Islam was not dangerous enough in the world, now it is very much feared that they may be the group that has this nuclear material.

Last November, the material, stored in a protective case the size of a laptop, went missing from a US-owned storage facility in Basra.  The device had up to 10 grams, (o.35 ounces) of Ir-192 “capsules”, which is a radioactive isotope of iridium that can also be used to treat cancer.

If ISIS stole this material, it is certain they are not looking for a cure for cancer.  A dirty bomb is exactly what they would have in their terrorist playbook and the radioactive material in the device could be attached to explosives to make a dirty bomb.

Follow the rest of this story on the next page.