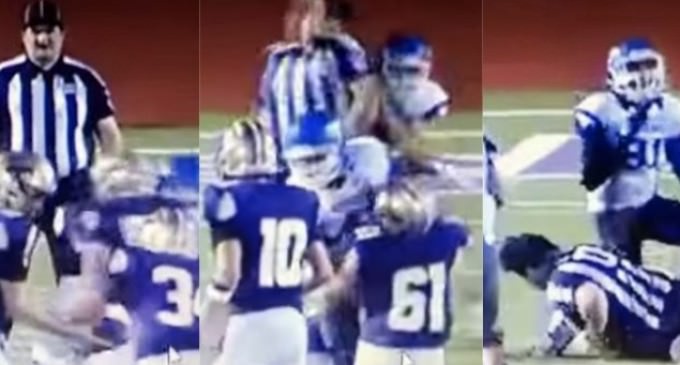 Two High school football players have been suspended indefinitely for blindsiding a referee during a game last Friday night. For those of you who haven't seen the video, shortly after the play began linebacker Victor Rojas hit the referee from behind, knocking him to the ground, where linebacker Michael Moreno hit him again, blindsiding him for the second time.