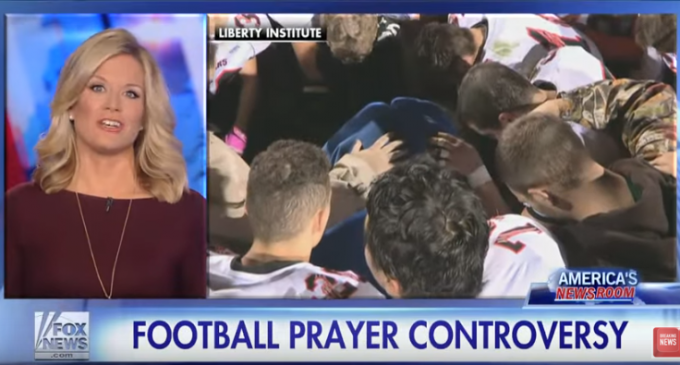 Coach Joe Kennedy leads by example.  Since 2oo8, after each game, he heads to the 50 yard line and says a quick prayer for the school and the football players.  Initially it was only him, spending a few moment alone in prayer, but over the years students have joined him in his ritual.

Coach Kennedy see this as a violation of his Constitutionally protected right to pray and has decided to demonstrate to his students how to stand up for what they believe.

Find out how Coach Kennedy is fighting back on page two.