The most expensive government website in history just continues to absorb tax money at an incredible rate and for apparently poor results. Now nearly $20 million has gone to pay for increased capacity for Healthcare.gov anticipated as the March 31 deadline closes in… Only the government essentially erased the deadline so it could move the finish line in the race to make ObamaCare appear successful.

The Centers for Medicare and Medicaid Services (CMS)

released details of the latest contract with Terremark Federal Group covering “open market items” required for the ongoing operation of Healthcare.gov. The documents include an itemized list of computing and network services, fees, licenses and computing capacity.  The total comes to $19,755.465.98 and covers four months:

The expenditures appear to relate to the increased capacity that CMS has said was being added in anticipation of increased interest in obtaining Marketplace insurance as the March 31 deadline nears. The government had previously announced that Terremark, a subsidiary of Verizon, was being replaced by Hewlett-Packard.  However, since the switch-over was scheduled for the end of March just as open enrollment is ending, CMS awarded Terremark a $58,000,000, seven-month extension back in January.

In December, prior to these new expenditures, in an attempt to appear more responsible about the implementation of ObamaCare, Health and Human Services (HHS) Secretary Kathleen Sebelius announced CMS would create a new Chief Risk Officer (CRO) position.  Sebelius described the new CRO’s initial task as follows:

The Chief Risk Officer’s first assignment will be to review risk management practices when it comes to IT [information technology] acquisition and contracting, starting with identifying the risk factors that impeded the successful launch of the HealthCare.gov website.  I will ask this individual to report back to me in 60 days with recommendations for strategies to mitigate risks in future large-scale, CMS contracting and IT acquisition projects.

Now over three months later there has been no word of any Chief Risk Officer and by the look of the bill above the spending on Healthcare.gov continues out of control. In fact, as later as February 7, no Chief Risk Officer shows up on the CMS organizational chart.

Where are the “recommendations for strategies to mitigate risks” the CRO was to submit within 60 days of being appointed? Where is all this money actually being spent? 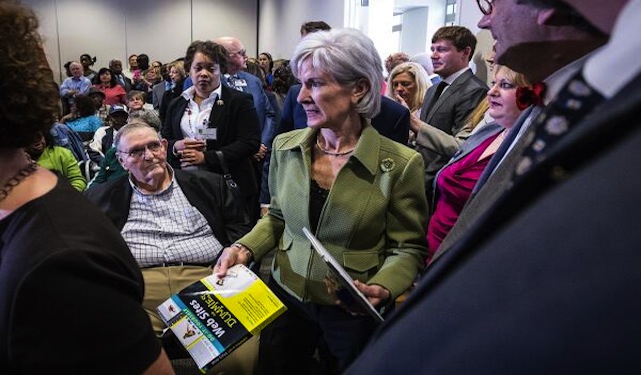