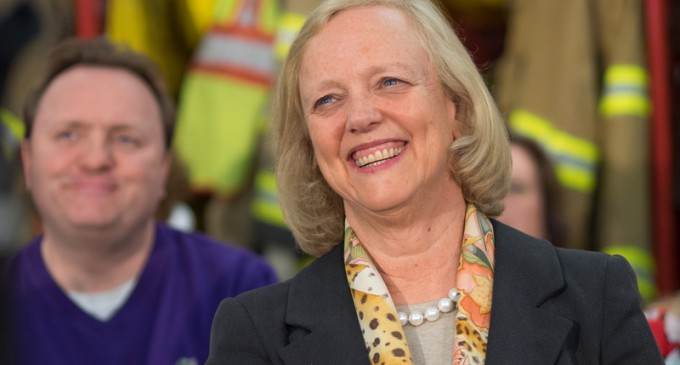 Speaking on CNBC's “Speaking on the Street”, Whitman claimed that Trump's plan to put a 35% percent tariff on goods from Mexico and China would not only start a trade war, but also spark another recession just after the country recovered from the last one.

She went even further, accusing the real estate tycoon of not understanding the law of unintended consequences and being oblivious to the effects of what he is suggesting the nation should do.

It should be noted that Whitman served on the campaign of New Jersey Governor Chris Christie, who recently suspended his bid for the Republican nomination before throwing his support behind Trump. Going by her comments on CNBC, she couldn't disagree more with her former boss about the Donald.