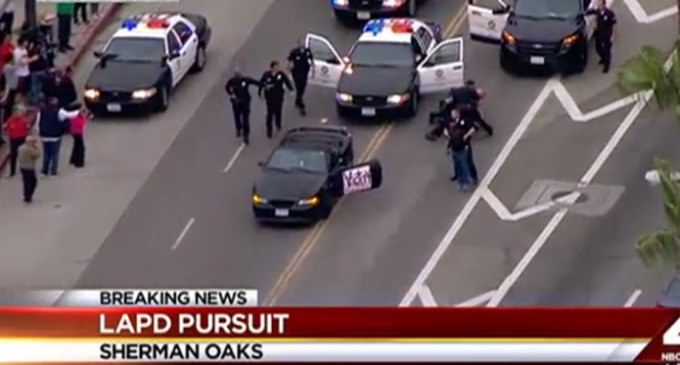 SHERMAN OAKS, California: A driver suspected of operating his Ford Mustang under the influence of alcohol or narcotics had his car halted by a motivated who assisted police by making a citizen’s arrest. Instead of standing on the sidewalk watching the ridiculous slow-speed pursuit involving at least six police cars, this do-gooder risked injury by standing in the path of the slow-moving car.

As you can see in the video, his ploy worked. As police watched, the civilian hauled the driver to one of the squad cars and placed him on the hood. But the police had a surprise for the civilian who had just helped end the situation.

Check out the video on the next page to see the civilian’s surprising ‘reward’: