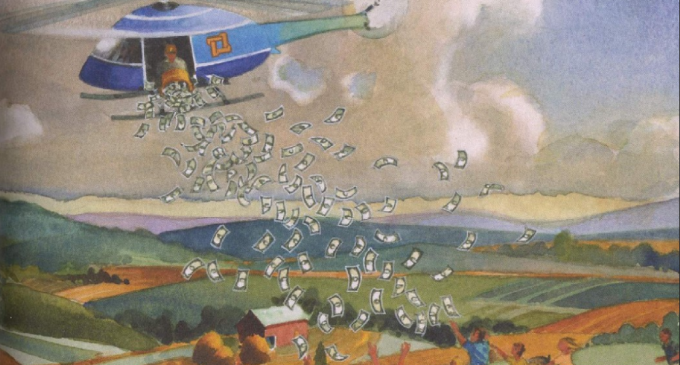 Liberal governments are constantly burdened with the task of finding the resources to fund their expensive social programs and government pet projects, but now it seems as if they may finally be considering their final option: printing money out of thin air and redistributing it themselves, metaphorically referred to as “helicopter money.”

Printing money has long been considered a measure of last resort for governments, as it forces inflation, but it seems to be gaining popularity among the world's most cash-strapped economies.

When you think about it, why wouldn't it? It puts even more control into the hands of the government. Not only would governments now control how money is allocated to citizens, but it can also fund the government programs that make them more reliant on big brother. As more citizens become more dependent on the services and money that a particular sector of government promises, the more power that sector gains.

It's a cyclical program that not only enslaves the people, but makes government bigger, more powerful, and inevitably, more corrupt.

To see the means by which governments are beginning to use this so-called “helicopter money” and why experts say the United States could be next, continue reading on the next page: