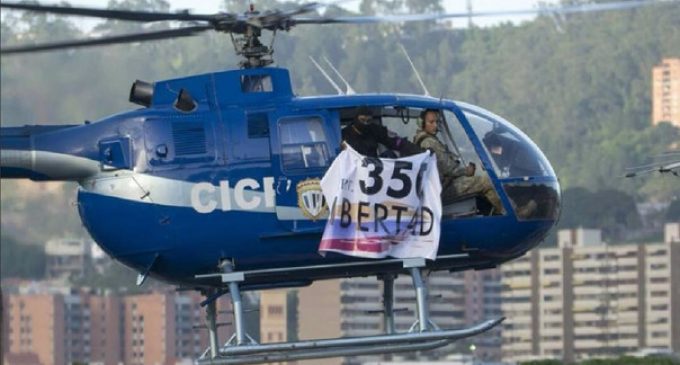 The violence in Venezuela dramatically escalated yesterday when reports began to emerge that a helicopter piloted by a former police intelligence officer attacked two government buildings in the capital city of Caracas.

Venezuelan Information Minister, Ernesto Villegas, states the helicopter fired 15 rounds against the interior ministry as a reception was taking place celebrating national journalism day. The helicopter then proceeded to fly over the supreme court and drop four Israeli crafted grenades reportedly of “Colombian origin”. Video footage is available on the next page.

5 important points need to be overviewed in order to analyze the significance of this attack against the Venezuelan government. Number 1 being George Soros and the Open World Foundation’s meddling in Venezuelan politics and ending in the shocking accusations being leveled against the U.S. in regards to this attack on government buildings.

More on the next page