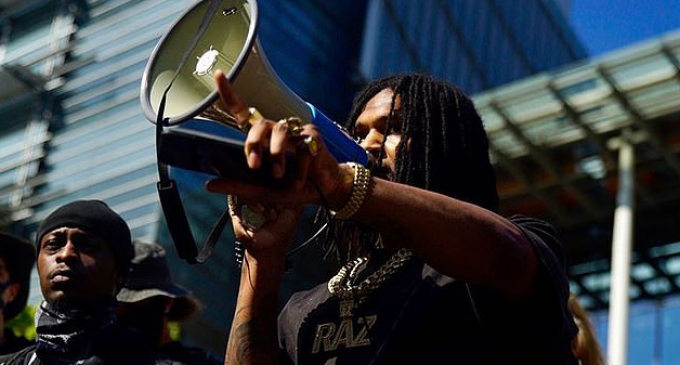 Local rapper Raz Simone now appears to be the new head of the “Capitol Hill Autonomous Zone” – a six-block region in Seattle established by Antifa militants to be an independent revolutionary state after the police and National Guard pulled out of city’s Capitol Hill neighborhood.

The self-appointed “warlord” claims that his only goal for the moment is “to keep the peace and unity, honestly, that’s it” as a police chief would do.

‘Take back your city NOW. If you don’t do it, I will. This is not a game. These ugly Anarchists must be stooped [sic] IMMEDIATELY. MOVE FAST!’ the President tweeted yesterday. ‘Domestic Terrorists have taken over Seattle, run by Radical Left Democrats, of course. LAW & ORDER!’

Simone has accused President Donald Trump of putting a ‘price on his head’.

Turn the page for more details and video.