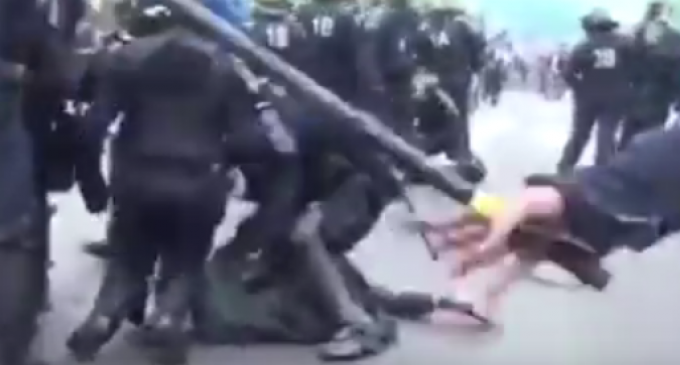 “We are on the brink of civil war,” the Directorate General of Internal Security (DGSI), Patrick Calvar,  informed members of a French parliamentary commission recently. As the head of French police, he warned that this pending “civil war” very well could be set off by just one more “major Islamist terror attack” or something akin to the sexual assaults on women in Cologne by immigrants.

There will be a “massive right-wing backlash” should anything like this occur and Calvar believes this confrontation will most certainly take place.

As the rest of Europe also deals with the ramifications of open borders to immigrants, France has faced the harsh realities of terror attacks that have altered the way in which Patrick Calvar must lead in protecting the French citizens.  His recognition that sexual assaults have become part of the attack on European culture and values makes it necessary to block these immigrant groups.

Cologne has had reports of more than 100 victims of sexual assault and robbery.  “On New Year’s Eve,  Cologne became a warzone and the safety, as well as propriety and respect for women, who were celebrating, became none existent as reports of abuse and rape, at the hands of migrants, have been reported in the dozens.”

Berlin now reports similar assaults taking place on the street “in front of the Brandenburg gate”.  Berliner Morgenpost reports that in four distinct incidents, groups of “three to five men” from Iraq and Pakistan, have “sexually harassed” by various women.  One female reported to the police that she was “‘touched’ at a music event by ‘several immoral men'”.