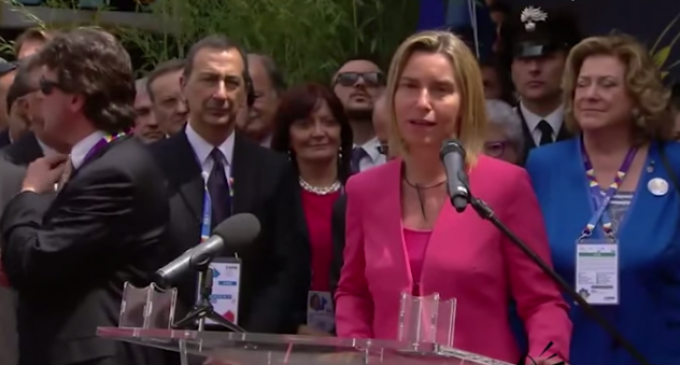 In a truly outlandish statement, especially given her position, the head of the European Union has basically called for Sharia law to be included in Europe’s future.

Federica Mogherini, who has been a member of the Italian Communist Youth Federation since 1988, was responding to critics of the mass immigration of Muslims after last months terrorist attacks, claiming that no clash of civilization exists and that political Islam is on the way.