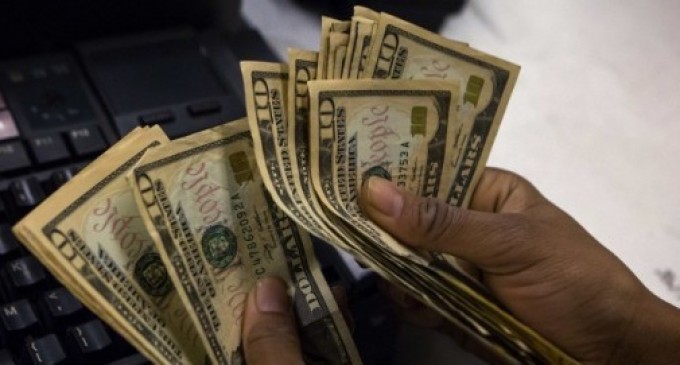 HSBC International Bank hasn't been allowing customers to withdraw large sums of cash if they can’t provide a good enough reason why they need it.

The policy was initiated in November 2013, but customers were not notified of it.

One customer, Stephen Cotton, tried to withdraw $11,000 to repay his mother, stated, “When we presented them with the withdrawal slip, they declined to give us the money because we could not provide them with a satisfactory explanation for what the money was for. They wanted a letter from the person involved.”

International bank HSBC has been restricting its customers from withdrawing large sums of cash if they can’t provide a good enough reason for why they need it.

The policy was brought in to effect in November 2013 , but customers were not notified of it. The rule was uncovered after the BBC’s “Money Box” program began investigating complaints by customers that they were being refused access to their accounts unless they could demonstrate a need for their money.

One customer, Stephen Cotton, who wished to withdraw $11,000 to repay his mother said, “When we presented them with the withdrawal slip, they declined to give us the money because we could not provide them with a satisfactory explanation for what the money was for. They wanted a letter from the person involved.”

According to Cotton, nobody at the bank would tell him how much he could withdraw just that he could not have the $11,000. “So I wrote out a few slips. I said, ‘Can I have £5,000?’ They said no. I said, ‘Can I have £4,000?’ They said no. And then I wrote one out for £3,000 and they said, ‘OK, we’ll give you that.’ “ Cotton was told that he could not return the same day to withdraw the same amount and that if he wanted anymore cash he would have to return the following day.

Angry, Cotton complained to HSBC and was told, “As this was not a change to the Terms and Conditions of your bank account, we had no need to pre-notify customers of the change.”

Another customer who did not want to be identified related his story to “Money Box.” He wanted to withdraw $16,000 for travel expenses and to repay his sons. He even contacted the bank in advance to make sure that the cash would be on hand. A day later, he was contacted by HSBC with a request that he pay his sons by electronic bank payment and that he provide proof of his travel expenses for the remainder.

A third customer wished to pay her builder for some construction work but was informed that she would have to provide the builder’s invoice.

Conservative Member of Parliament Douglas Carswell said, “All these regulations which have been imposed on banks allow enormous interpretation. It basically infantilizes the customer. In a sense your money becomes pocket money and the bank becomes your parent.”

HSBC, in the face of the ensuing backlash, has now rescinded its policy, saying that, “We ask our customers about the purpose of large cash withdrawals when they are unusual and out of keeping with the normal running of their account. Since last November, in some instances we may have also asked these customers to show us evidence of what the cash is required for.”

In the second part of it’s statement, HSBC appears to apologize for its requirements from customers, saying, “The reason being we have an obligation to protect our customers, and to minimize the opportunity for financial crime. However, following feedback, we are immediately updating guidance to our customer facing staff to reiterate that it is not mandatory for customers to provide documentary evidence for large cash withdrawals, and on its own, failure to show evidence is not a reason to refuse a withdrawal. We are writing to apologize to any customer who has been given incorrect information and inconvenienced.”