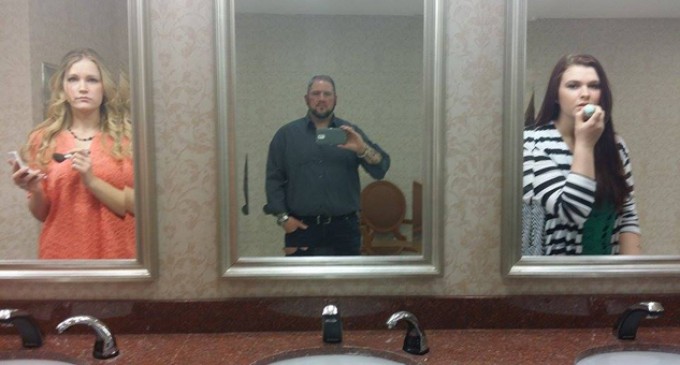 It's hard to believe, but thanks to the agitation of the left, one of the most pressing issues being debated in America today is which bathroom people should use.

No, not children, grown adults who have being going to the bathroom corresponding to their biological sex all their life. Due to a controversy stoked by liberals, however, this seemingly-inconsequential arrangement is being subjected to a radical campaign to usurp it.

In their estimation, we must let people use whichever bathroom they choose, regardless of our biological sex, due to the minuscule portion of the population that suffers from gender dysphoria, or the belief that they belong to the opposite gender.

That these unfortunate individuals make up a percentage of a percentage point of Americans is wholly irrelevant to liberals. Since these extraordinary cases exist, society must be restructured, not to make it more “equitable” but to humiliate the rest of the population that dares to express views different from the leftist narrative.

See video revealing the increasingly unhinged nature of the left on the next page: