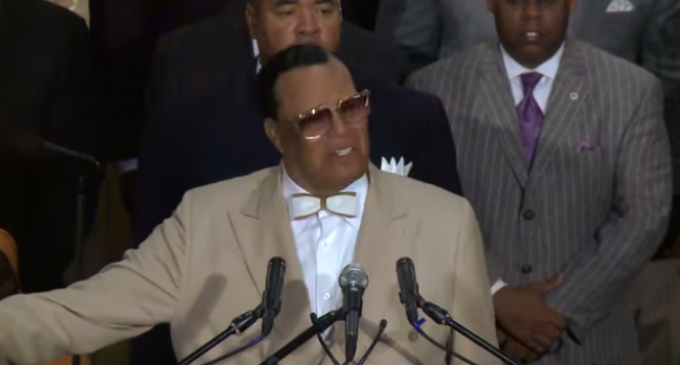 Louis Farrakhan needs to leave the United States of America. If he hates this country and all the white citizens who live here, then it is time for him to pack his bags and find a place more in line with his radical Islamic beliefs.

The fact that he hasn't been declared a terrorist and taken out of society boggles the mind. Calling for an army of 10,000 to kill police and white people warrants such a declaration…does it not? It's understandable kindred spirit Barack Obama let this guy slide, but now we have Donald Trump in office. We are well past time to handle such instigators of violence. After all, it's the law!

Incredibly, Fox News is airing Farrakhan’s “Message to America” on a special July 4th program, our Independence day this year.

Check out Farrakhan's incendiary speech called for the 10,000 men to “kill those who kill us” on the next page