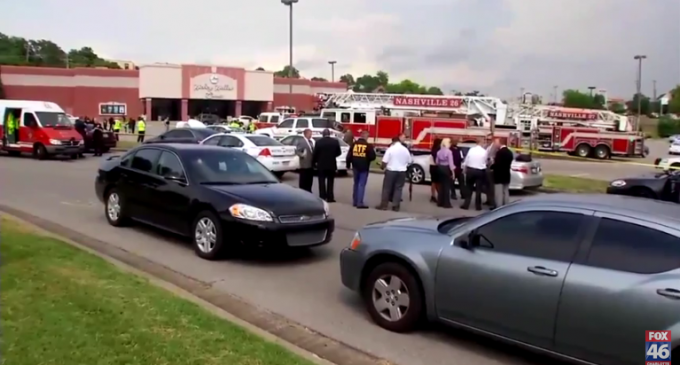 It seems that the more Obama cries for gun control, the more shooting incidents we have. A suspect wielding a gun, pepper spray and a hatchet inside a movie theater near Nashville died after exchanging gunshots with a SWAT team that stormed the theater.

The suspect, is identified by police as 51-year-old white local man, but his name has not been released. He left a bag in the theater, police state that there is a bomb and authorities are warning there will be an explosion as they address the threat.