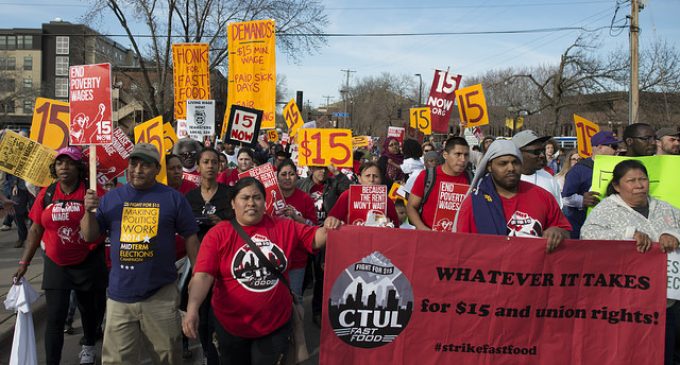 The government cannot legislate the value of someone’s work. That is something only the market can do. Attempts by the government to usurp that power only result in distortions to the economy that will ultimately be settled by the market, not government bureaucrats.

Of course, what we are leading up to is the establishment of minimum wage laws, essentially making it illegal for someone to work at a wage below the government-mandated minimum. These laws might even be accompanied with good intentions, but the world does not work this way. Washington, in spite of its delusions to the contrary, does not reign supreme.

The absurdity of all of this is easily seen. If a family of four is thought to require an annual income of $60,000 to live reasonably, then just set the minimum wage rate at around $30.00 per hour and, based on a 40-hour workweek, every family of four in the US will have a comfortable life, even with just one wage-earner. If two adults in the family work, they’re very well-off, all due to government fiat.

Again, that’s not the way the world works as explored on page two.