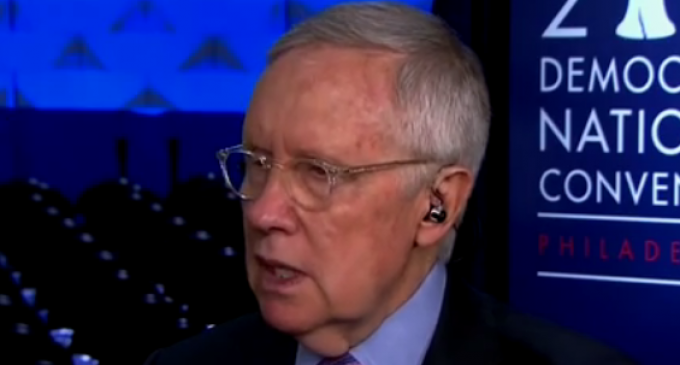 Hard to tell if the Democrats are dumb or just trying everything they can to discredit Donald Trump. Trump could very well end up being our next president, but Harry Reid, former Democrat Senate leader and someone who should actually be sharing a jail cell with Hillary Clinton has suggested that it is too dangerous for the CIA and other intelligence agencies to share information with Trump. Reid suggests that the agencies lie to Trump, something that the Democrats, particularly Hillary, know a great deal about.

Additionally, Reid walks a fine line when he says it is dangerous to give information to Trump, knowing that Hillary was just given a get-out- of-jail-free card for exposing top secret documents and information to who knows who using her illegal private email server while Secretary of State.