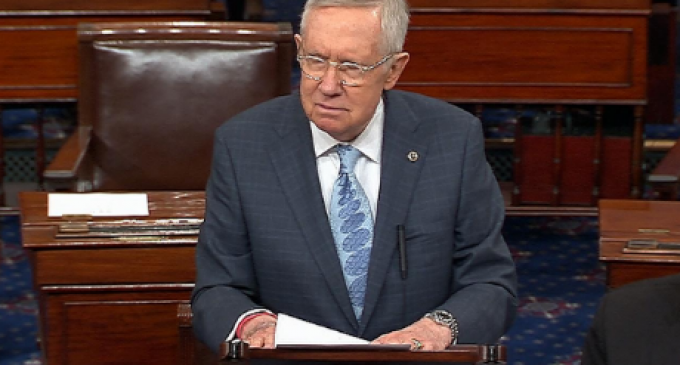 Harry Reid is serving his last few months as a United States Senator, but he's not interested in making a graceful exit. Instead, he's attacking Donald Trump in ways so illogical even he should be embarrassed.

Attacking Republicans is nothing new for Harry Reid — He's basically made a career out of vilifying his peers on the right. Throughout his senate career, the Nevada Senator seemed more interested in making Republicans look bad than accomplishing any of his own' party's agenda.

The argument that Democrats don't care about minorities for any reason other than their vote basically originates from Harry Reid. He attaches “minority-friendly” amendments to bills that already doomed-to-fail, then demonized Republicans for it's failure. For instance, several years ago, the repeal of Don't Ask Don't Tell had enough votes to pass through the senate with bipartisan support. Instead of filing it as a standalone piece of legislation, Reid attached it to a defense spending bill that had no Republican support. It failed, and Reid blamed the Republicans. He utilized a similar tactic for the DREAM Act.

So it should come as no surprise that Reid is once again demonizing Republicans for a problem the left created. See his latest attack against Trump and the GOP on the next page: