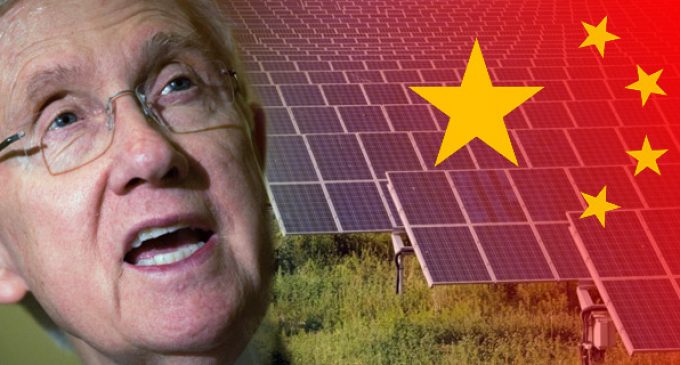 For all Senator Harry Reid's criticisms of the wealthy, it looks like he may have his finger in a very big pie in Nevada: selling rights to land he doesn't own to Chinese solar power concerns.

The Bureau of Land Management, whose Director was Sen. Harry Reid’s (D-Nev.) former senior adviser, has purged documents from its web site stating that the agency wants Nevada rancher Cliven Bundy’s cattle off of the land his family has worked for over 140 years in order to make way for solar panel power stations.

“Non-Governmental Organizations have expressed concern that the regional mitigation strategy for the Dry Lake Solar Energy Zone utilizes Gold Butte as the location for offsite mitigation for impacts from solar development, and that those restoration activities are not durable with the presence of trespass cattle,” the document states.

To learn more of this despicable abuse of power, read the full report on Infowars. But remember this next time and every time you hear Harry Reid speak.