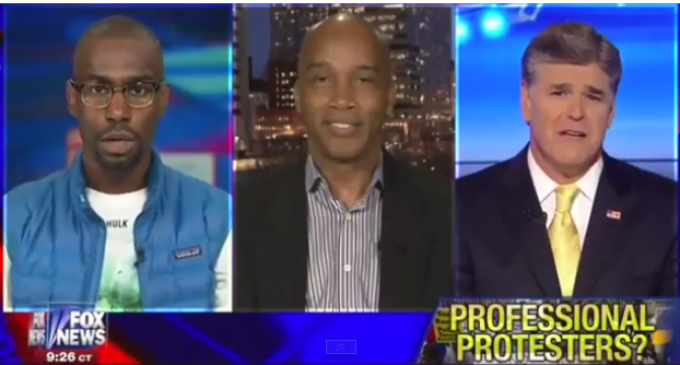 “Black Lives Matter” activist DeRay McKesson was forced to come out of his self-serving hypnosis when exposed by Fox News host Sean Hannity as being a professional protestor.

The ‘professional activist/protestor' was left bereft after guest Kevin Jackson nailed McKesson as an Al Sharpton wannabe by pulling the rug out from under his faux demand for “equality.”

MOVE ON TO THE NEXT PAGE: