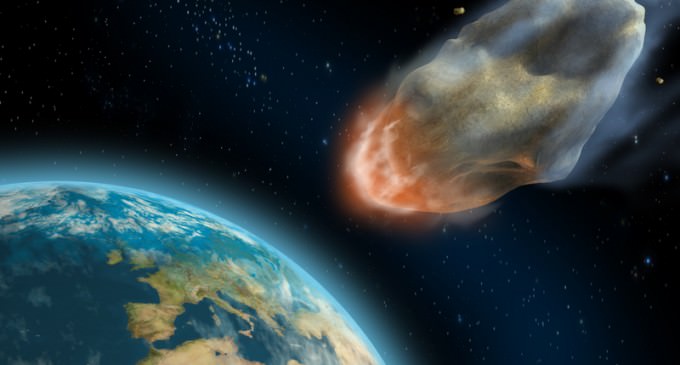 If you're looking for a good scare this Halloween, NASA is saying that a potentially deadly asteroid is scheduled to pass by Earth next Saturday. And when I say potentially deadly, it would be if it were any closer to our planet.

The asteroid 2015 TB145 has an estimated diameter of 689 to 2,133 feet and is traveling 78,000 miles per hour. To draw a clearer picture, that's about 307 times faster than a Bugatti Veyron, which is known to reach speeds of up to 254 miles per hour. While NASA is supposed to give people more warning, they were only able to give three weeks' notice in this case. Somebody isn't doing their job.

Read more about this asteroid on the next page.