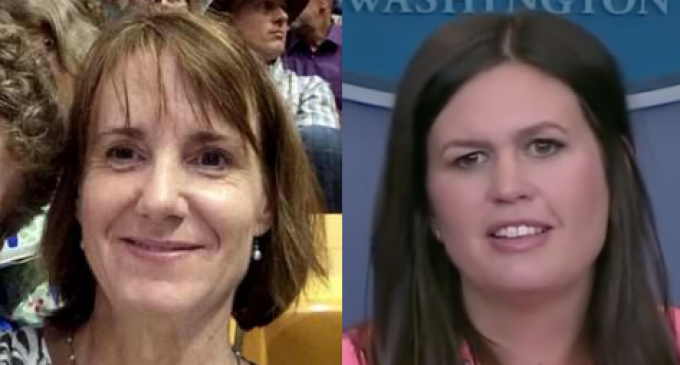 White House Press Secretary Sarah Huckabee Sanders and members of her family were kicked out of the Red Hen restaurant in Lexington, Virginia Friday night by an owner who detests the Trump administration.

A co-owner of the restaurant told the Washington Post that she had Sanders removed from the restaurant citing morality and living up to “certain standards.” “This feels like the moment in our democracy when people have to make uncomfortable actions and decisions to uphold their morals,” Stephanie Wilkinson said. It is reported that she characterized the Trump administration as “inhumane and unethical.”

Wilkinson told the Washington Post about the conversation she had with Sanders.

“I was babbling a little, but I got my point across in a polite and direct fashion,” Wilkinson told the Post. “I explained that the restaurant has certain standards that I feel it has to uphold, such as honesty, and compassion, and cooperation,” before saying, “I’d like to ask you to leave.”

Sanders responded to the incident afterward by posting on Twitter. “Her actions say far more about her than about me,” she tweeted about the owner of the Red Hen restaurant. “I always do my best to treat people, including those I disagree with, respectfully and will continue to do so.” Now, a hacker has retaliated against the restaurant by changing the menu. Turn the page for more: