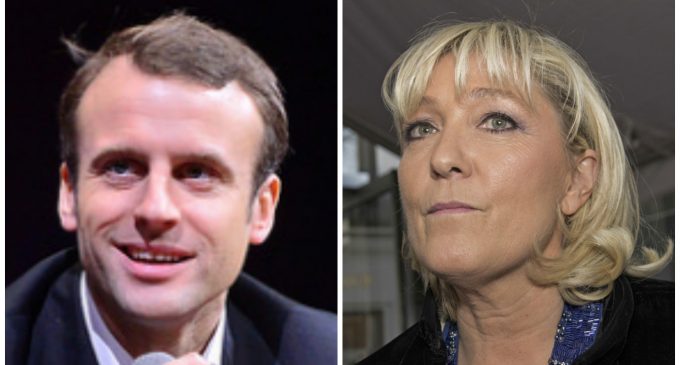 In a dramatic turnabout, the French government has issued a threat to all media and social media outlets to not publish newly hacked emails from the accounts of former French Minister of the Economy, Finance & Industry, Emmanuel Macron.

Macron, the centrist candidate for French Prime Minister is battling Marine Le Pen, the Right wing female-version of Donald Trump in France.  Accusations of offshore bank accounts and egocentrism have been leveled at Macron by Le Pen’s campaign and it appears that the leaked emails have a very fact-heavy injection of information regarding such accounts.

The egocentrism charge by Le Pen’s people revolves around a habitual behavior by Macron who has an obsession with himself and his own initials. He has admitted publicly that he likes to play with his initials in creating other movements that bear out his brand of political thinking.  A brand new group that spawned during the hard-fought mainly four-way battle between two mainliner political parties and also Macron’s and Le Pen’s movements was named En March!  Le Pen immediately wondered if this was yet another of Macron’s egocentrisms, using his initials as a catalyst for a movement name.

Apparently, like in Obama here in the U.S., it struck a nerve with Macron, who vehemently denied that En March! was named after him.  Regardless, the back and forced that has been escalating for months, especially now that the two non-mainline parties have advanced to the playoffs of French politics.

What is most disturbing about the French government becoming deeply involved in this race is the fact that it is instructing the media to stand down, so to say, and not do its job until AFTER the election has taken place. In essence, the French government is saying, “Hey, Media, don’t write any of this down or tell people the truth until Macron has defeated this far-Right pig!”

Le Pen heads the National Front (NF) Party which is a Right wing organization espousing pretty much the exact same things as the Tea Party here in the U.S. And in an almost mirror image of the elections that have just taken place in November, the French campaign that is drawing to a close in a little more than 24 hours is heating up with allegations that threaten to topple Macron, who is reportedly leading Le Pen by a massive 25-point spread.

There are other disturbing intended circumstances being filtered through to the media by the French government that is nearly Fascist on its face.