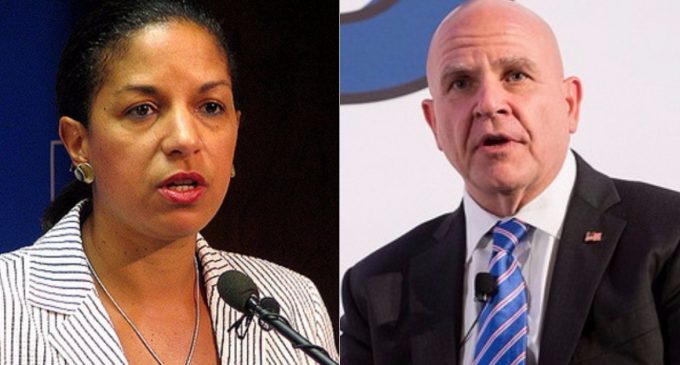 Congrats to Lt Gen McMaster. I wish you every success as National Security Advisor.

It’s no secret. And the latest revelation shared today by McMaster showed this mutual fan club to be running overtime. Even if it means publically attacking his own colleagues within the Trump administration, the President’s agenda, and viewpoints.

Hope you will be able to choose your team, have direct reporting and daily access to POTUS, and can eliminate Strategic Initiatives Group. https://t.co/QK6SE0KlY0

Now before you accuse these back scratching war mongering globalist of just being friendly – keep in mind there is no such thing as friends in D.C. You better believe there is a reason Obama's war room instructed Rice to keep her alliance with McMaster strong.

See H.R. McMaster’s shocking remarks defending Rice for yourself and learn more on the next page